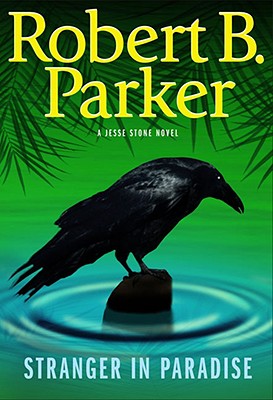 By: Robert B. Parker

Police Chief Jesse Stone faces his most fearsome adversary in the latest addition to the celebrated series. The last time Jesse Stone, chief of police of Paradise, Massachusetts, saw Wilson "Crow" Cromartie, the Apache Indian hit man was racing away in a speedboat after executing one of the most lucrative and deadly heists in the town's history. Crow was part of a team of ex-cons who plotted to capture Stiles Island, the wealthy enclave off the Paradise coast, by blowing up the connecting bridge. Residents were kidnapped, some were killed, and Crow managed to escape with a boatload of cash, never to be seen again. Until now. So when Crow shows up in Jesse's office some ten years after the crime, it's not to turn himself in. Crow is on another job, and this time he's asking for Jesse's help-by asking him to stay out of his way. Crow's mission is simple: find young Amber Francisco and bring her back to her father, Louis, in Florida. It should be an easy payday for a pro like Crow, but there are complications. Amber, now living in squalor with her mother, Fiona, is mixed up with members of a Latino gang. And when Louis orders Crow to kill Fiona before heading back with Amber, he can't follow through. Crow may be a bad guy, but he doesn't kill women. It's up to Jesse to provide protection. Meanwhile, Jesse's on-again, off-again relationship with ex-wife Jenn picks up steam as Jenn investigates the gang problem for her TV station. As they dig deeper, the danger escalates. The life of a young girl hangs in the balance, and saving Amber could be the miracle Jesse and Jenn need for themselves, too.