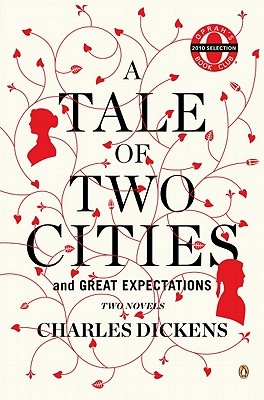 Two of the most beloved novels in all of English literature-together in one extraordinary volume.

A TALE OF TWO CITIES
After eighteen years as a political prisoner in the Bastille, the ageing Doctor Manette is finally released and reunited with his daughter in England. There the lives of the two very different men, Charles Darnay, an exiled French aristocrat, and Sydney Carton, a disreputable but brilliant English lawyer, become enmeshed through their love for Lucie Manette. From the tranquil roads of London, they are drawn against their will to the vengeful, bloodstained streets of Paris at the height of the Reign of Terror, and they soon fall under the lethal shadow of the guillotine. GREAT EXPECTATIONS
A terrifying encounter with an escaped convict in a graveyard on the wild Kent marshes; a summons to meet the bitter, decaying Miss Havisham and her beautiful, cold-hearted ward Estella; the sudden generosity of a mysterious benefactor- these form a series of events that changes the orphaned Pip's life forever, and he eagerly abandons his humble origins to begin a new life as a gentleman. Dickens's haunting late novel depicts Pip's education and development through adversity as he discovers the true nature of his "great expectations." This deluxe paperback edition features
*French flaps
*rough-cut high-quality paper
*complimentary front- and back-cover designs highlighting each novel and including foil and debossing